How to find LinkedIn emails to engage prospects

Tips to Choose the Best ULIP Plans for...

Is Hydrogen Really the Clean Alternative for Commercial Steel Production? 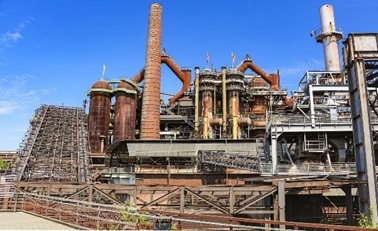 Is hydrogen a clean alternative for commercial steel production? The short answer is ‘yes.’ Hydrogen investment is worth it and many industries are working quickly to adopt this alternative green energy carrier. It is only a matter of time before green hydrogen becomes more feasible than fossil fuels. Several top energy management consulting firms are providing the latest insights on the important developments related to these sustainable solutions.

Since green hydrogen is an environmentally-friendly fuel, it is emerging as the fuel of the future for power generation, transportation and commercial steel production. Green hydrogen will one day become the fuel of choice for industries that have struggled to bring down their carbon footprint like steel and chemical production.

Why Green Hydrogen Is Essential for Iron and Steel Production

The European Commission’s hydrogen strategy for a climate neutral Europe envisages hydrogen use to be expanded to industries including steel-making, trucks, rail and maritime transport.

Steel and iron in particular are essential materials for modern construction, infrastructure, automobile production and many other applications. Unfortunately, the impact on the environment due to iron and steel production is a cause for concern due to the greenhouse gas emissions.

Iron and steel production rely heavily on the burning of fossil fuels and blast furnace methods that produce high CO2 emissions. This sector is responsible for around 10 percent of greenhouse gas emissions.it is becoming more apparent that this process is unsustainable and those involved are trying to drastically reduce the emissions produced from integrated and recycling routes. The ULCOS programme (Ultra–Low Carbon dioxide (CO2) Steel-making), supported by the European Commission, involves a consortium of 48 leading players in industry researching and developing ways to ensure this.

Green hydrogen is a prime candidate for both of these requirements since it involves renewable energy for its production, increasing economies of scale associated with its production and emerging commercial-scale technologies that are proving themselves to be viable in the short term..  If this sector is successfully able to deploy green hydrogen as the fuel source for its processes, there will be a substantial decline in greenhouse gas emissions and overall carbon footprint.

The world needs to take more comprehensive measures so that green hydrogen becomes feasible and cost-effective not just for iron and steel production but also for other sectors, such as transportation and energy production.

The biggest problem with modern steel production is that it relies on carbon monoxide generated from coke. Coke is obtained by burning coal in the absence of air. It is used to produce carbon monoxide, which reacts with iron oxide ore to generate pig iron. Unfortunately, carbon dioxide is a by-product of the chemical reaction for producing molten pig iron, which is later converted to steel. Not only that, coal is used for coke production, which is an unsustainable fossil fuel. Thus, the current steel production process is environmentally harmful and unsustainable.

Green hydrogen may be the answer to this key problem. Hydrogen reduces iron oxide ore to pig iron much in the same way as carbon monoxide. However, there is no carbon dioxide production nor is there any question of fuel depletion.  Major countries and local steel production industries around the world have already started experimenting with green hydrogen to expedite its widespread adoption and use.

Three Swedish companies seek to explore green hydrogen for steel and energy production. These include the energy generation company Vattenfall, mining company LKAB and steel maker SSAB. The name of this project is HYBRIT, which is an abbreviation for Hydrogen Breakthrough Ironmaking Technology. The aim of this joint endeavor is to generate hydrogen from renewable energy sources alone so that there are no carbon emissions during steel and energy production.

If this joint partnership is successful, it can slash carbon emissions of Sweden by as much 10 percent. The Swedish Energy Agency has provided funding for this project and construction work started for the pilot plant in 2018. The pilot phase may extend up to 2024, after which the demonstration phase will commence in 2025. The demonstration phase may last up till 2035. For its pioneering groundbreaking work, the Swedish Environmental Agency awarded the Environmental Goals Prize to HYBRIT.

Initially, the testing phase will use hydrogen derived from fossil fuels. However, when this phase is successful, ArcelorMittal will gradually transition to hydrogen-derived renewable energy sources. The company has expressed its willingness to use hydrogen from renewable energy sources when it becomes feasible and cost-effective. So far it has has invested 250 million Euros for reducing its carbon footprint and green hydrogen use is a vital part of this endeavor.

Another company based in Germany, Thyssenkrupp Steel, is also working actively to bring down its carbon footprint through the use of green hydrogen. The company has already received a grant from the government in April 2019 to expedite the shift to green hydrogen for steel production. Air Liquide, which is an FCHEA member, will be supplying green hydrogen to this steel company. The transition of Thyssenkrupp towards green hydrogen is part of the commitment towards the Paris Climate Accord. The Production Director Arnd Kofler has announced, that the use of hydrogen will initially bring about a 20 percent reduction in carbon emissions. The company has a long-term plan to bring down carbon emissions by as much 80% till 2050.

There are several other joint projects (such as that orchestrated by Austria-based Primetals Technologies Limited) that will expedite the transition of steel production from fossil fuels to green hydrogen.

Want to find out more about hydrogen investment opportunities? Pangea Strategic Intelligence’s expert bench of leading hydrogen consultants can provide you with the latest market insights and forecasts.

Getting A Liquor License In Manatee County: Quick Guide!

The Importance Of Sustainable Waste Management In C&D

Impact of AI on influencer marketing

The Issue With Plastic Packaging

Selling a Business: Should You Use a Broker

Can You Sell A House Before Probate?

How to Add a Spark to Your Brand...